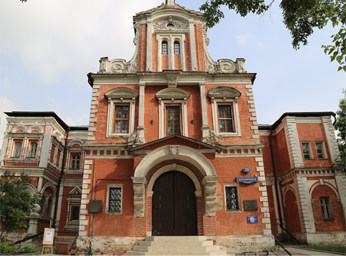 Russian Heritage Institute is a leading research center for the study of cultural and natural heritage, ongoing cultural processes, the development of methods for heritage conservation and use.

Institute was established by the Government of the Russian Federation in 1992 “for the purpose of scientific support of the state cultural policy and regional programs for the preservation and use of the national heritage in accordance with the UNESCO World Heritage Convention of 1972”.

The history of the Institute is closely connected with the work of the Soviet Cultural Foundation, created in the late 1980s. The Foundation worked under the guidance of academician Dmitry Likhachev, after whom the Russian Heritage Institute is named.

In 2014 the Council of the Heads of Governments of the Commonwealth of Independent States (CIS) adopted the resolution to grant the Russian Heritage Institute the status of the Basic Organization of the CIS countries in the field of the World Heritage preservation.

The resolution was signed by the heads of the governments of the Russian Federation, Kazakhstan, Armenia, Belarus, Tajikistan and Kyrgyzstan. Since 2016, as a CIS Basic Organization, the Russian Heritage Institute organizes the International Congress on the World Heritage of CIS annually.

In international affairs, the Institute works closely with the National Commission of the Russian Federation for UNESCO, National Committee ICOMOS (Russia) and others.

The Institute is located in Moscow, in the building of the national architectural monument — the Averkiy Kirillov Chambers (built in the 17th century).

The Institute has two branches: Southern, based in Krasnodar, and Siberian, based in Omsk.